We added to our gallery some screencaps from the short "Photo Op", written and directed by Dave Solomon, starring Randy Harrison!! 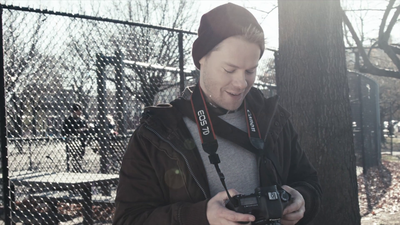 We also want to remind you that the short is now available on Vimeo, click HERE to watch it.

Posted by Ale
11 years and counting...

Here we are again... today we're celebrating our website's 11th birthday.
First of all we'd like to thank Randy for all his great work, especially in theatre!
Of course, we also want to acknowledge our staff's work in keeping this website running and thriving.
And last, but not least, thank you guys for following our website and social media. 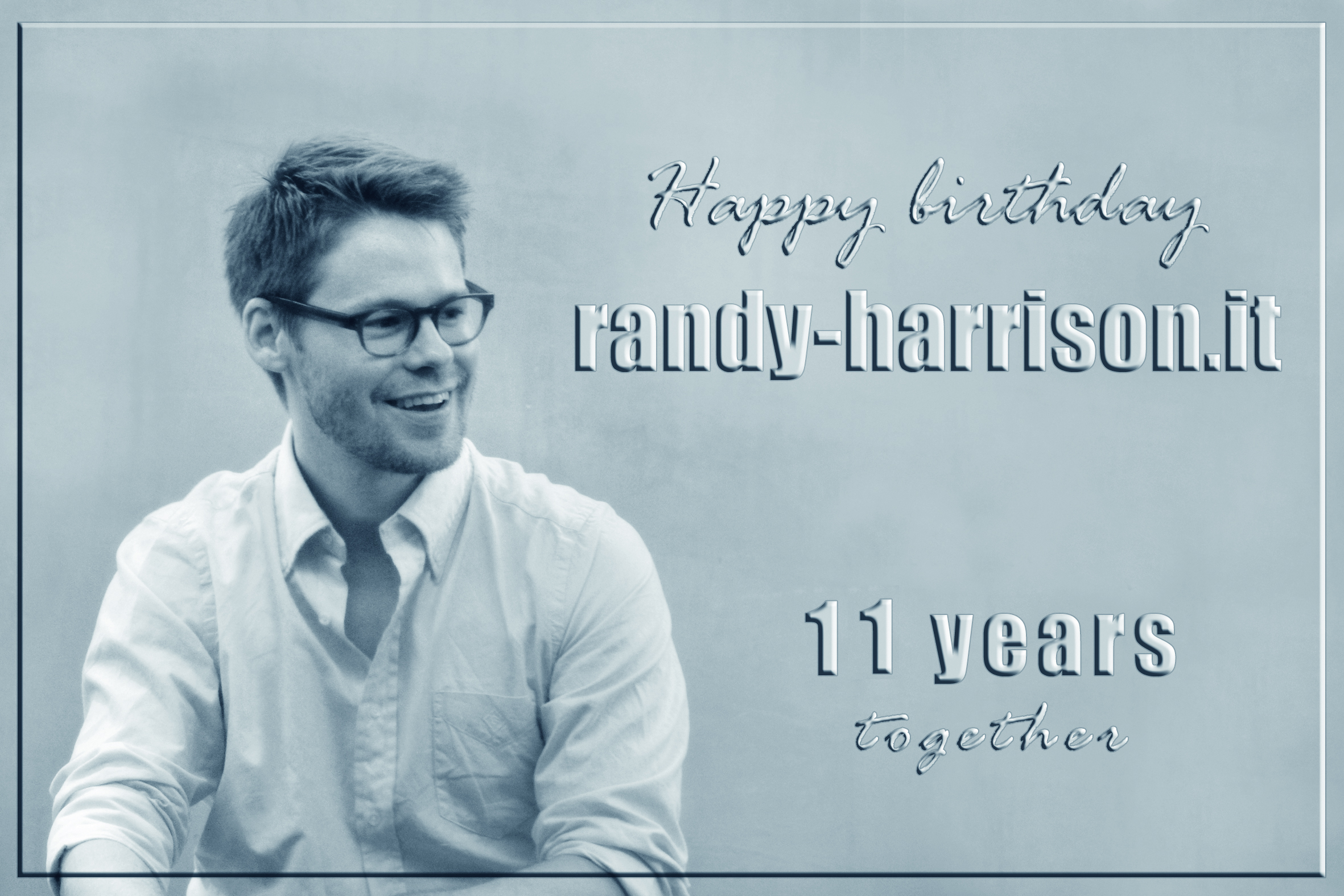 The short Photo Op, written and directed by Dave Solomon, starring Randy Harrison in the role of a photographer, is now available on Vimeo. The news has been posted on the film's official Facebook Page along with the link to Vimeo.
Click HERE to watch it.

Congratulations guys and thank you for sharing this little "dark gem"!

The web series "New York Is Dead" will be premiering at the fourth edition of Tribeca N.O.W. at the Tribeca Film Festival!!

Tribeca N.O.W. curates a selection of ten independent, online creators latest work that will be shown at world premiere screenings before being made available online at TribecaFilm.com.

It was announced on the series' official Facebook Page.

Posted by Ale
New picture from "Not normal"

We added to our gallery another picture of #RandyHarrison from the Irondale Ensemble's series Not Normal: Art in Resistance In the Time of Trump.

The picture, taken on March 22nd, was posted by the director Charles Quittner: 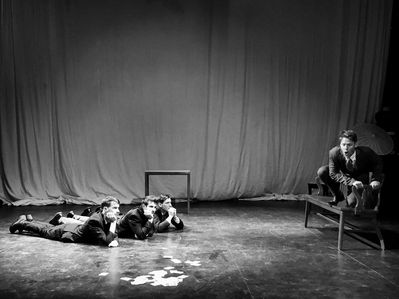 Posted by Ale
Group photo from "Not normal"

We added to our gallery a picture of #RandyHarrison from the Irondale Ensemble's series Not Normal: Art in Resistance In the Time of Trump.
In this photo Randy is with fellow actors Noam Ash, Chris Nolan, Jack Raymond and Ernest Hinnant, writer Chris Tyler and director Charles Quittner. 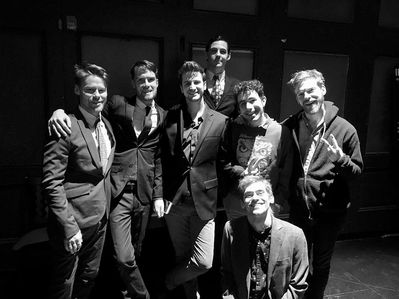 Posted by Felicity
Randy in "Not normal"

Last night #RandyHarrison was at the Performance Art Theatre in Brooklyn, where the Irondale Ensemble is staging a curated series called Not Normal: Art in Resistance In the Time of Trump, a forum to publically respond to the newly implemented intimidation tactics of the administration, and have their voices heard in a safe and supportive space. The series, meant as a response to Trump's decision to cut funding to programs like the National Endowments for the Arts and the Humanities, features many artists who feel threatened by this administration and decided to speak up.
Randy performed, along with Noam Ash, Chris Nolan, Jack Raymond and Ernest Hinnant, in a segment called "Corporate Doubleteam", written by Chris Tyler and directed by Charles Quittner.
We have two pictures from the backstage: 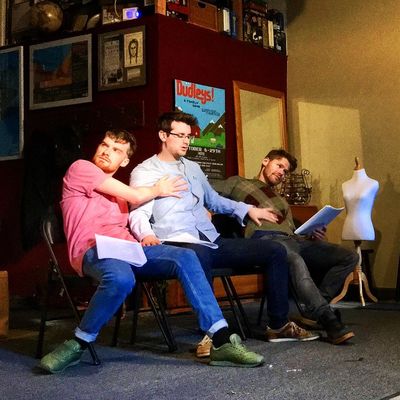 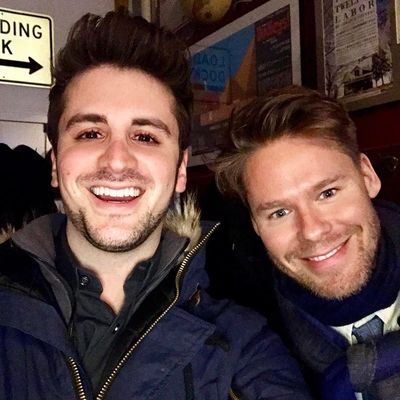 Posted by Felicity
Video: Randy in The Meeting

A huge thank you to our dear Trish who gave us the permission to share this video of #RandyHarrison singing "I'll Be Your Mirror" from Velvet Underground at Joe's Pub at The Public Theater on March 19th:

Posted by Ale
Pictures: Randy in The Meeting

A huge thank you to smithByMatt who gave us the permission to share this picture of #RandyHarrison taken yesterday while he was performing in "The Meeting" at Joe's Pub at The Public Theater: 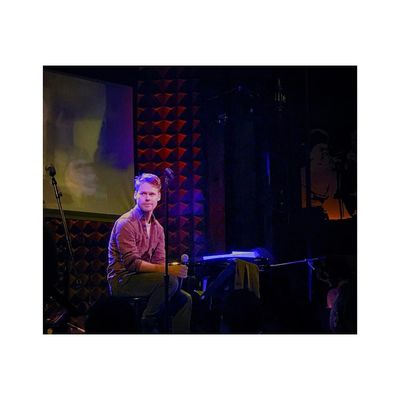 We also added to our gallery a lovely picture of Randy with the singer and music director of the event Tracy Stark: 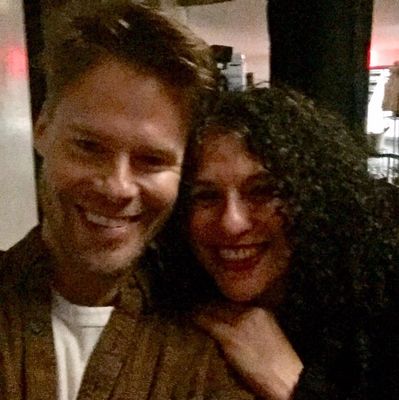 Posted by Ale
Randy in The Meeting

Tomorrow, March 19th, #RandyHarrison will be performing in "The Meeting" hosted by Justin Sayre!

The acclaimed comedy/variety show will feature tributes to the legendary rock band Velvet Underground at 9:30 PM at Joe's Pub at The Public Theater.

The event is now sold out! Click HERE to have more information.