There's a new cover photo on #PhotoOp's official Facebook page showing #RandyHarrison holding a camera and various Festivals' logos and a couple of Awards!
Congratulations and break a leg for next screenings!

We have one more photo of #RandyHarrison taken after his performance in #CabaretTour on April 29th and a report, both of them from Emy ( xoxoemynn ).
Thank you so much to Emy for sharing them with us! 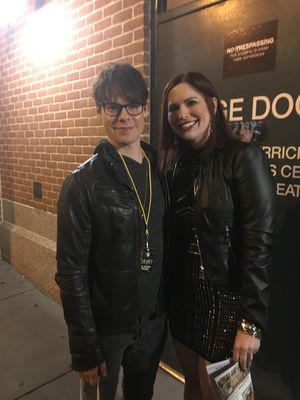 Posted by Felicity
Article from Baltimore

And we also have an article about #RandyHarrison, his pivotal role in #CabaretTour and his dream roles, written by Frankie Kujawa after his "talk" with Randy.

"This [role of Emcee] is one of the first big, big dream roles that Ive been able to play. Its definitely one of the most rewarding roles Ive had in my career."

You can read the whole article on Baltimore OUTloud

Posted by Felicity
Another review from Baltimore

Today Tim Smith, contact reporter for the Baltimore Sun, published an enthusiastic review about #CabaretTour and #RandyHarrison's performance as the Emcee. He wrote about Randy: "Randy Harrison excels as the ubiquitous Emcee", "inhabits the character", "acts up a storm and also performs his vocal numbers stylishly".
You can read the whole review on the Baltimore Sun .

Posted by Felicity
Photos with fan in Baltimore

We added to our gallery three photos of #RandyHarrison taken after his performance in #CabaretTour on April 30th.
Thank you so much to Lorie Main Stout who shared them with us! 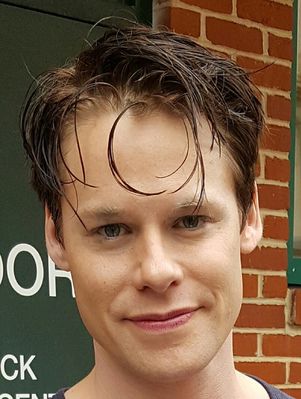 Posted by Felicity
Photo Op at the SOHO FilmFest

After the Audience Award at the Sene Film Music Art Festival, there's another good news for Photo Op: the film will premiere in New York as an official selection at the SOHO International Film Festival, which will take place on June 9-16, 2016. The Festival's website is still "under construction" and so, for now, you can check Photo Op's website for more information.

Posted by Felicity
One more photo from Austin

Our dear Wenlei shared on her Twitter a photo of #RandyHarrison from April 2nd, after his performance in #CabaretTour in Austin.
Thank you so much to Wenlei for letting us share it on our website! 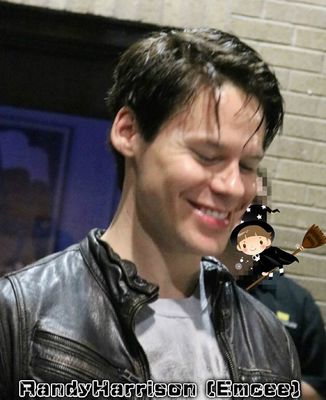 Posted by Felicity
An award for Photo Op

On April 23rd #PhotoOp, with #RandyHarrison in the role of a photographer, was screened at the Sene Film Music Art Festival.
A few hours ago Dave Solomon, the director, announced on his Instagram and on the film's Facebook page that Photo Op has won the Audience Award!
Congratulations, guys!
Click on the image below for more information.

And there's also a review uploaded on Soundcloud by Bearded Fruit.
Click HERE for the review.

Posted by Felicity
Reviews in Baltimore

Some great reviews about #CabaretTour and #RandyHarrison's perfomance at the Hippodrome Theatre in Baltimore and an article about William Ivey Long, costume designer for Cabaret, and his work with the different actors in the musical.
Click on the links to read them.

Posted by Felicity
Highlights on Cabaret

Hotchka.com also shared a link to a Youtube video with some highlights of #RandyHarrison's performance, "Money" and "Willcommen", along with "Don't tell mama" and "Mein Herr" performed by #AndreaGoss.

And we made some screencaps from the "Money" clip. You can find them HERE