#RandyHarrison posted some more photos on #broadwaychicago's Instagram! In the photo below Randy is at the Museum of Contemporary Art in Chicago, standing in front of a POP mural painting.
Click on the image below to access the gallery. 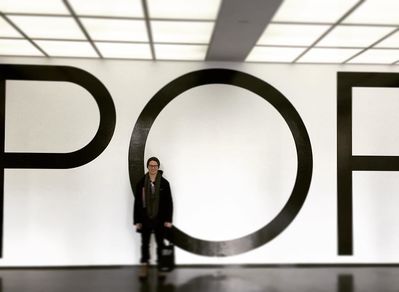 We added to our gallery a photo of #RandyHarrison with Jerry Nunn who interviewed him a couple of days ago for #windycitytimes. 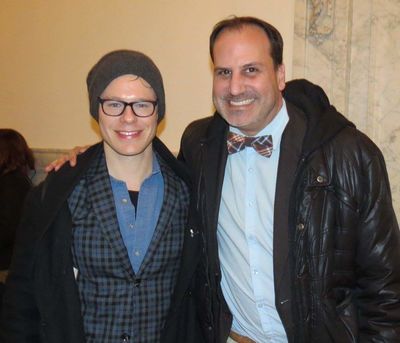 As you know, today #RandyHarrison, as the Emcee of #CabaretTour, will be in charge of #broadwaychicago's Instagram. He just posted a photo of a sleepy himself while having breakfast! 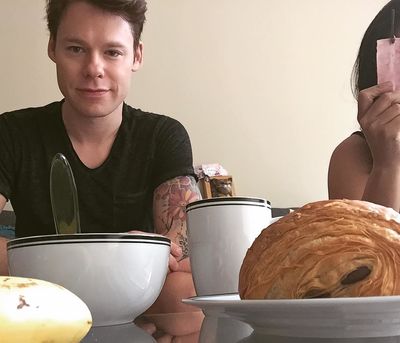 Another interview with #RandyHarrison has been uploaded on @feastoffun. In the 25 minutes audio interview Randy talks about his career, from Queer as Folk to Cabaret, going through the different roles he played both in theatre and on screen.
Click on the image below to listen to the interview.

Posted by Felicity
Randy on broadwayinchicago

Tomorrow #RandyHarrison , as #CabaretTour's Emcee, will be taking over @broadwayinchicago 's Instagram! He announced the news on his Twitter/Instagram.
Can't wait see what Randy will be posting!

Posted by Felicity
Great shot of Randy on stage

A great shot of #RandyHarrison on stage from #CabaretTour 's opening last night in Chicago. What a way to start the day!
Thank you so very much to Raul Esparza III for letting us share it on our website! 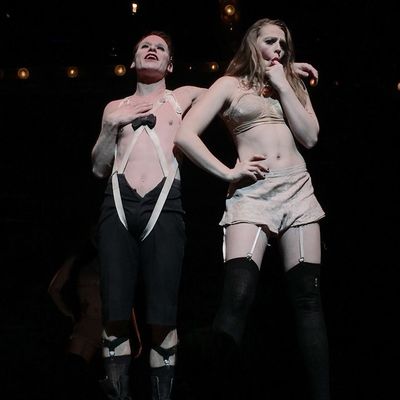 Last night the cast of @Cabaret_Musical celebrated both the opening at the Private Bank Theatre in Chicago and the so called #fattuesday (Mardi Gras).
In this photo, posted on the Musical's Instagram, the cast is dressed in black, wearing colorful masks, and Randy is standing in the center front. 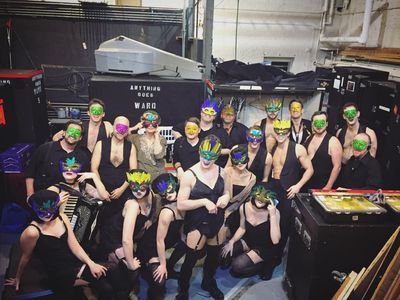 Posted by Felicity
Another interview with Randy

Jerry Nunn from @WindyCityTimes1 called Randy, while he was still on the road, for a phone interview, that he posted this morning on windycitymediagroup .
Jerry questioned Randy about different topics, starting from Queer as Folk, how he got the role in the series and how was the relationship with the other actors, then moved to the "nudity" (both in Television and in Theatre) and finally switched to Cabaret and Randy's leading role as the Emcee.
Read the whole article HERE .

Posted by Felicity
Screencaps from You&Me

We made "some" screencaps from the video interview of Randy with Melissa Forman and Jeanne Sparrow.
Click on the image below to access the gallery. 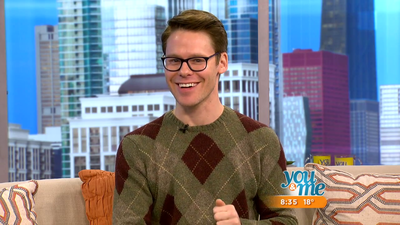 This morning Randy was at the WCIU Studios for an interview with Melissa Foreman and Jeanne Sparrow during their show called You&Me. In the video, uploaded on the show's Youtube channel, Randy talks about Cabaret and his role in the musical, but also about Queer as Folk and the upcoming Convention in Toronto. We also have some sneak peeks of one of the performances of Cabaret!

Thank you so much to Ifigenia for the heads up!