We have one more picture of Scott Lowell, Robert Gant, Michelle Clunie and Gale Harold with #RandyHarrison taken after #CabaretTour's opening.
Randy shared it on his Instagram acknowledging his friends for their great support! 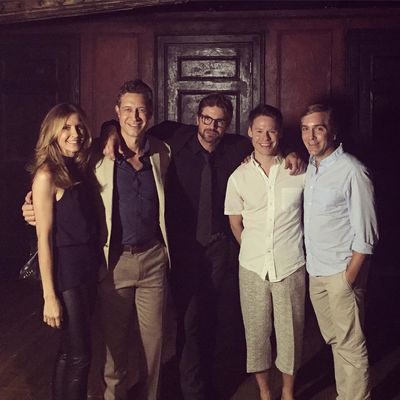 Posted by Felicity
Randy with his friends

As you already know, Scott Lowell, Robert Gant, Michelle Clunie and Gale Harold went to see #RandyHarrison in last night's opening of #CabaretTour.
We finally have a picture of the four friends with Randy, thanks to Robert Gant who shared it on his Instagram! 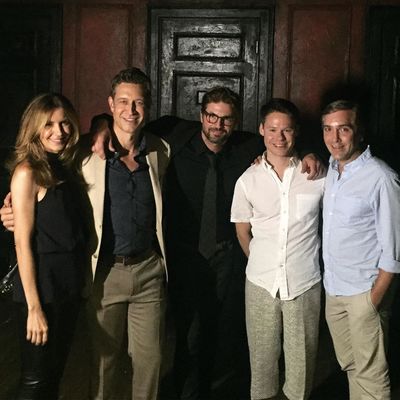 Posted by Felicity
Article about Cabaret

Yesterday, on the day of #CabaretTour's LA opening, the Los Angeles Times published an interesting article about the fifty years history of the musical!!

The article covers past productions of "Cabaret", but also mentions the national tour of Roundabout Theater Company and Randy:

"Harrison, speaking from San Francisco before traveling to L.A., says his job would be easier in a smaller space, in that so much of what were trying to do is break down the fourth wall and make the audience feel like theyre not at a theater but theyre in a cabaret, that were sort of enmeshed with them, that they are us and we are them."

Posted by Ale
A new picture from LA

We have a new picture of #RandyHarrison with a fan!

A huge THANK YOU to Pinky Lovejoy-Coogan who gave us the permission to share it!! 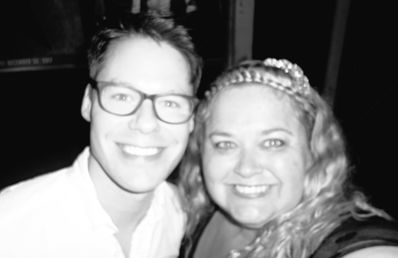 Posted by Ale
Scott at the Opening

We also have a picture of Scott with fan Mad Dog Kinney at #CabaretTour's opening last night.
Thank you so much for sharing it with us! 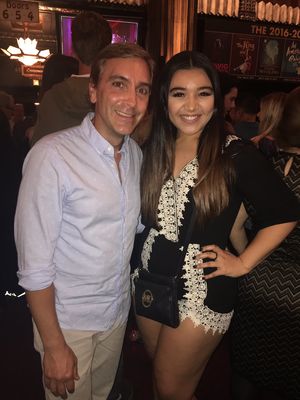 Posted by Felicity
Friends at the Opening

Both Scott Lowell and Robert Gant tweeted about going to see #RandyHarrison in #CabaretTour last night along with Michelle Clunie and Gale Harold.
We have some pictures of Robert, Scott and Michelle from the Red Carpet, credits to David Livingston - Getty Images.

Posted by Felicity
One more pic from LA

Last night #CabaretTour had a big official opening at the Hollywood Pantages Theatre, with Red Carpet and lots of guests.
While waiting for some pictures of Randy from the Red Carpet, we have one more photo from July 19th, thanks to Brennen Klitzner who let us share it on our website. 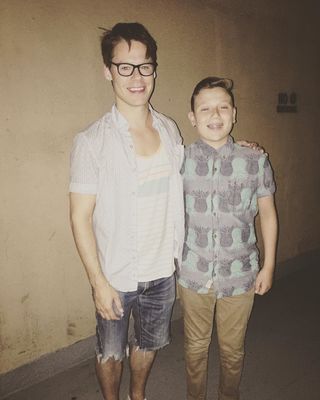 After a whole month in San Francisco, #RandyHarrison and the cast of #CabaretTour reached Los Angeles for the next segment of the tour. The Musical is scheduled at the Hollywood Pantages Theatre from July 19th to August 7th, 2016.
We have two pictures of Randy after last night's opening in LA, thanks to Ray of Sunshine who is in the photos with Randy and let us share them on our website! 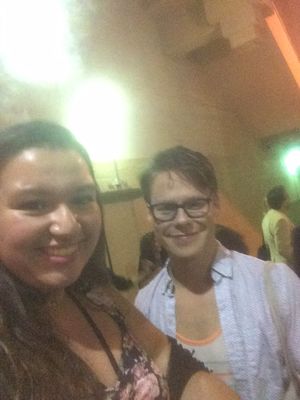 We have one more picture of #RandyHarrison at the San Francisco Pride Parade on June 26th, 2016.
Thanks a lot to Dan E for sharing his photo with us! 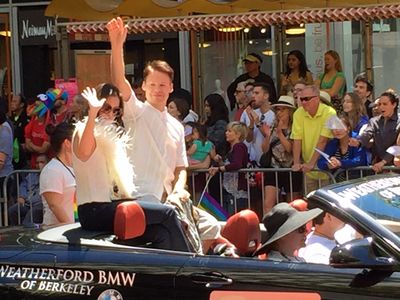 Dave Solomon, director of Photo Op with #RandyHarrison in the role of a photographer, went to see Randy in #CabaretTour in San Francisco and took a couple of selfies that he posted on his Instagram! In his post Dave also expressed his enthusiastic opinion about Randy's performance in the role of the Emcee and highly recommended to go see him in Los Angeles! 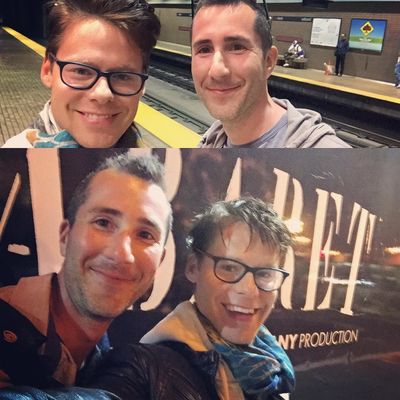