One more photo in Providence

We have another photo of a smiling Randy after last night's brilliant performance!
Thank you so much to Lauren for letting us share it on our website!
Credits for the photo to Cookiebun! 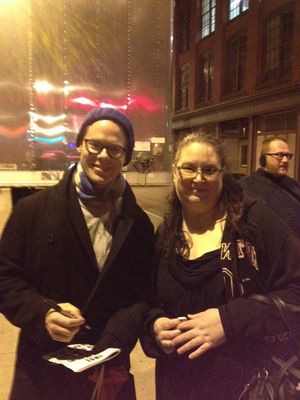 Hello people!
We added to our gallery another photo of Randy taken immediately after the show on January 26th. The owner of the photo gave us the authorization to post it on our website.
Thank you so much to our friend Klalib18!

There are some new articles and a whole bunch of reviews all thrilled about Randy's performance! We'll be adding the links to the different reviews/articles as soon as we get them.

Jack Craib in his blog South Shore Critic wrote an enthusiastic review about Cabaret and the whole cast. About Randy's performance as the Emcee he wrote "any production of this show rises or falls on the performance of its Emcee, and Harrison is a mesmerizing triple threat, his acting fierce, his movement sinuous, his singing stunning as he hovers almost non-stop over the proceedings. One is totally blown away by the visual ending..."
It looks like Randy really nailed it!
Bravo, Randy! 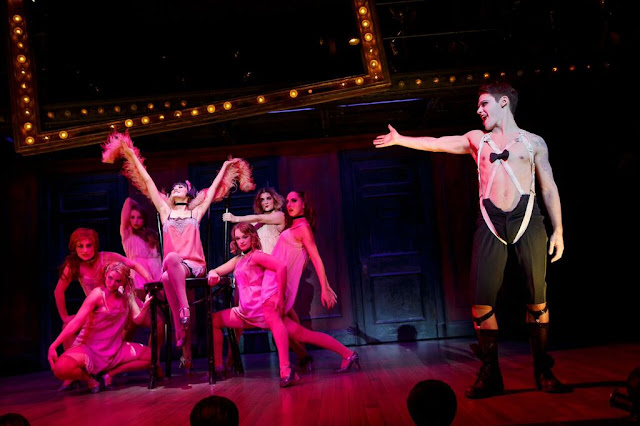 Posted by Felicity
Photo of Randy with friends!

We have a group photo from last night. In this selfie, taken by a smiling Randy after his brilliant performance at the opening night of Cabaret and posted on JT Shults' Instagram, Randy is relaxing with his longtime friends Nick Cearley, JT Shults, Nick Adams and Dani Spieler! 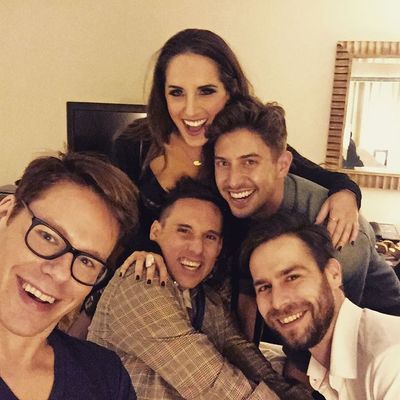 Posted by Felicity
A first review on Cabaret!

Hello guys!
After last night's opening we read a lot of enthusiastic comments on Twitter about Cabaret and the whole cast, but especially about Randy's performance as the Emcee!
The Providence Journal wrote a review about the show describing Randy as "fabulous as the club's lascivious Emcee".
Click on the photo below to read the article.

Posted by Felicity
Randy after the show

We added to our gallery a shot of Randy, taken after the performance in Cabaret on January 26th and posted on Instagram by Kelly Luce, who is in the photo with Randy.
Thank you Kelly for letting us share your photo! 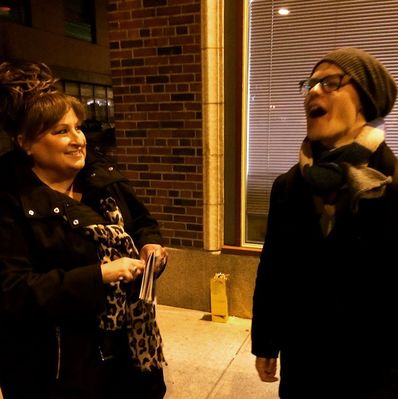 It's opening night for Cabaret at the Providence Performing Arts Center and the cast will be on stage soon.
Sam Mendes, original director of Cabaret, sent a lovely note to the whole cast and Sarah Bishop posted a photo of the note on her Instagram.
Thank you, Sarah!
Break a leg, guys! 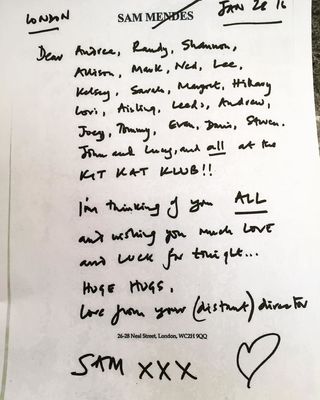 Posted by Felicity
Screencaps from Cabaret

We added to our gallery a "few" screencaps from the video published by The Balancing Act on their Youtube channel.
The shots are related to Randy's performance from the Cabaret National Tour Media Day held on January 8th at the Gibney Studios. 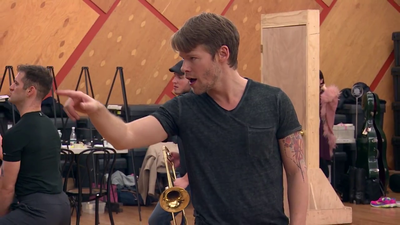 Last night Randy was on stage for the first performance of Cabaret National Tour at the Providence Performing Arts Center. Tyler Conroy danced with Randy on stage and shared this video on his Twitter.
Thank you so much Tyler for letting us share it with Randy's fans!