One more photo in Providence

We added to our gallery another photo of Randy, taken by Chris Kuczewski (in the photo with Randy) at the end of the performace on January 31st in Providence and shared on his Twitter.
Thank you so much to Chris for letting us share it on our website. 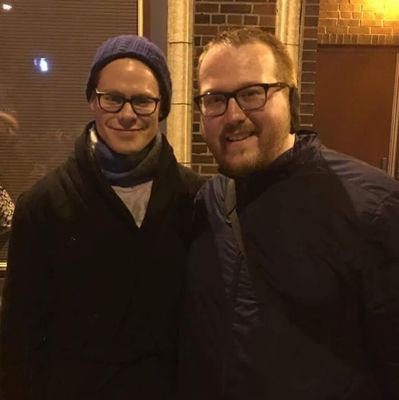 From the last day of @Cabaret_Musical in Pittsburgh there's a great shot of the cast on stage at the end of the performance.
We have a perfect front view of the whole cast, thanks to David Anthony who let us share his photo on our website. 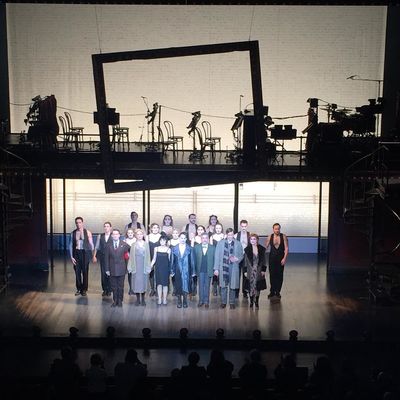 On February 1st @PhotoOpFilm 's campaign on Indiegogo successfully closed as the film reached and exceeded the funding goal.
Now we have a glimpse of Randy's performance in the official trailer uploaded on the film's Youtube channel.
Congratulations guys!

And we also made some screencaps from the trailer. 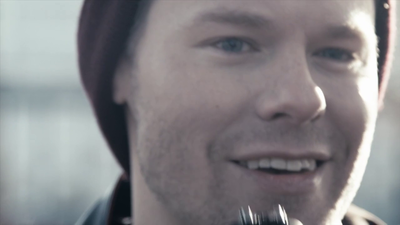 We have two more photos from Pittsburgh: one of Randy with a fan and the other of the Playbill with the stage in the background.
Thank you so much to Alenaef91 for sharing them! 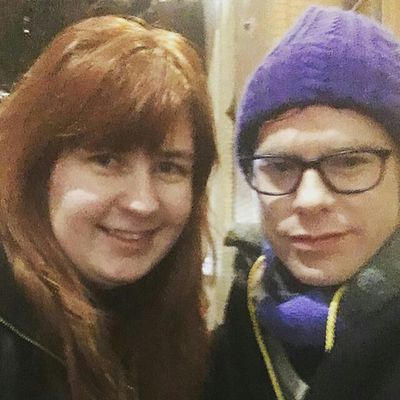 Posted by Felicity
One more clip from Cabaret!

. @Cabaret_Musical 's cast on stage for the final bow at the Benedum Center for the Performing Arts in Pittsburgh, after last night's performance.
Thank you so much to Olivia Spuhler for letting us share her video!

Posted by Felicity
A photo from Pittsburgh

Finally we have a photo of Randy in Pittsburgh, taken after his performance in Cabaret, probably on January 6th.
Thank you so much to Anna Waite who let us share it on our website! 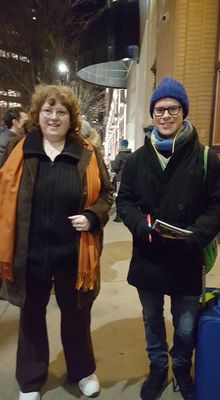 On chicago.gopride.com Michael Roberts posted the transcript from the radio interview that Randy released to Michael yesterday during the Showbiz Nation Live. In this interview Randy talks mostly about Cabaret, his role in the musical and the emotional charge that comes with playing such a powerful character.
He talks briefly about Queer as Folk and his different roles on stage, such as in Waiting for Godot, Pop!, Wicked, etc. and his dreams and projects for the future.

Click on the image below to read the transcript.

broadwayworld.com has just published an article about Roundabout's Cabaret with a lot of new amazing photos from the performance, taken by Joan Marcus.

The website showbiznoflo.com uploaded a radio interview with Randy.
Michael Roberts, host of Showbiz Nation Live, asks Randy about Cabaret, his role as the Emcee and the double audition to get the part, the peculiar relationship which he develops with the audience and the relationship with the cast and the director. Randy talks about his career both in theatre, mentioning the many roles he played, and on television, also mentioning Queer as Folk.

. @Cabaret_Musical is currently on stage at the Benedum Center for the Performing Arts in Pittsburgh with peformances scheduled from the 2nd to the 7th of February and we have some enthusiastic reviews.
Click on the links to read the reviews.