We have three more pictures of #RandyHarrison in Tucson thanks to Kylie Jo who let us post them on our website!
Two of them are from yesterday's Q&A session at the University of Arizona:

The third photo is a selfie that Kylie took with Randy! 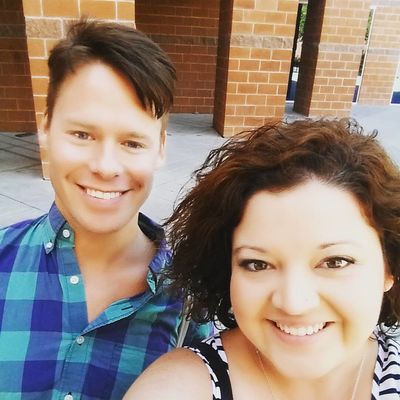 Posted by Felicity
Photo with fan

We have a picture of #RandyHarrison after his performance in #CabaretTour in Tucson last night.
Thank you very much to Annika Maher who kindly shared it with us! 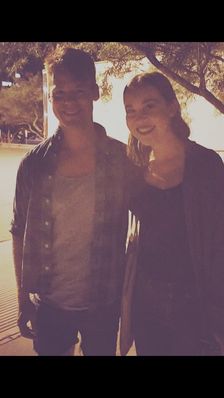 Posted by Felicity
Cabaret at UA

Yesterday in the afternoon #RandyHarrison and some of the cast of #CabaretTour met with the students of the University of Arizona for a Q&A session.
We have a picture of the whole group of actors and students.

Credits and thanks to Hank Stratton : 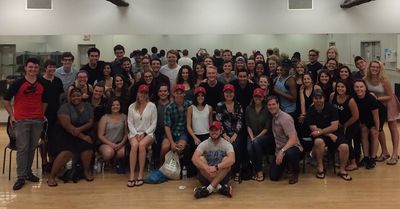 Posted by Felicity
Randy at My929 Tucson

Last Tuesday #RandyHarrison was also at the My929 studios for a radio interview with Cyndi and Chris, who shared on the radio's Instagram this funny clip of them goofing off with Randy.

And we also have some screencaps from the clip HERE . Thanks to Claudia

Posted by Felicity
Cabaret in Tucson

Last Tuesday #RandyHarrison and the cast of #CabaretTour arrived in Tucson where the musical is scheduled at the Centennial Hall on September 20th-25th.
On September 21st Randy was at the KGUN9 studios for a video interview with Tina Jennings in The Morning Blend.
We have the video and a few pictures from the interview. 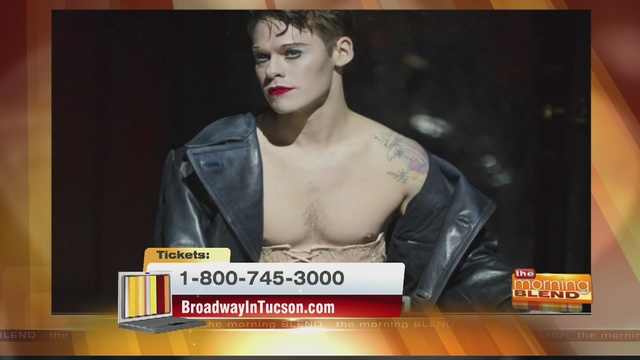 Credits and thanks to Ken Carr (Executive producer at The Morning Blend) : 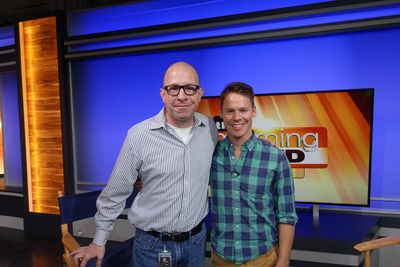 Credits and thanks to The Morning Blend : 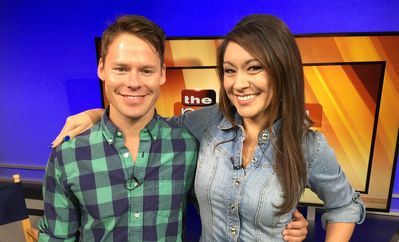 Credits and thanks to Broadway in Tucson : 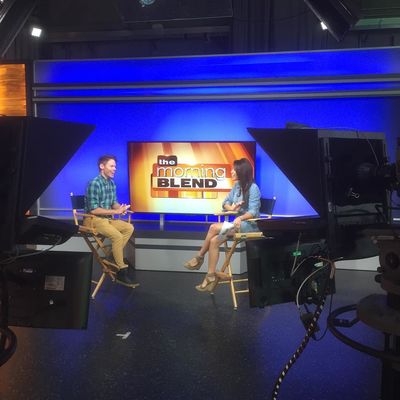 And some screencaps from the video interview HERE . Thanks to Claudia

Posted by Felicity
After show in Tempe

Our dear friend Tagsit went to see #RandyHarrison in #CabaretTour in Tempe and let us share her photo with him taken after last night's performance.
Thank you so much! 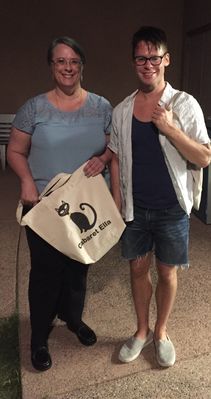 We added to our gallery a picture of #RandyHarrison and Andrea Goss taken at the 12 News studios and posted by Kari Amarossopearl (Media Relations Manager for the ASU Gammage) on her Twitter. 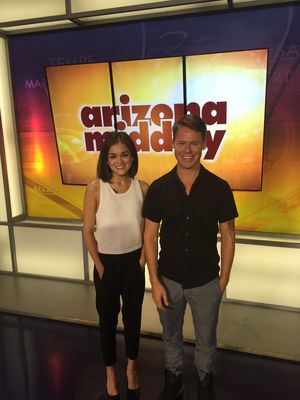 Posted by Felicity
Randy at 12 News

The cast of #CabaretTour and #RandyHarrison are in Tempe, Arizona, where the show is scheduled at the ASU Gammage on September 13-18.
Yesterday Randy and his costar Andrea Goss were at the 12News studios for a video interview with Jan D'Atri in Arizona Midday.
Click on the picture below to watch the video interview: 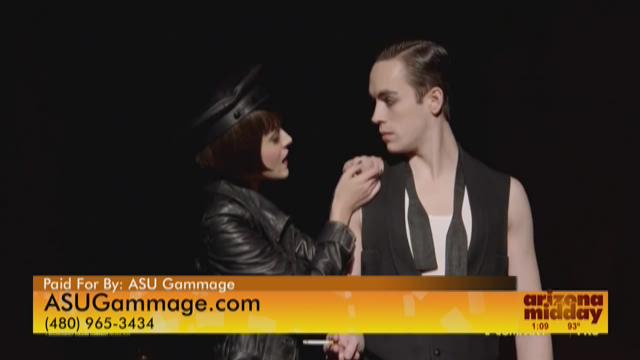 Broadway World posted an article about a new event for #RandyHarrison in December.
The American Conservatory Theater in San Francisco has just announced a series of events for the upcoming season, featuring shows related to theatre, music, dance and more, and Randy will take part in one of them along with the Skivvies.
Lauren Molina and Nick Cearley will bring their Holiday Roadkill show to the Strand Theatre for three performances scheduled on December 22nd at 7pm and December 23rd at 7pm and 10pm.
For tickets or more information you can visit the theatre's website

As you already know #RandyHarrison is in Bilbao, right now, for the Gale Harold Fan meet that started today.

We added some pictures, and will be adding more, on our queer-as-folk.it's gallery. The event is scheduled in Bilbao from September 9 to September 11th.