Today #RandyHarrison along with his costar in #CabaretTour, Andrea Goss, did the "TV rounds", as stated by Tara McNamara, Director of Public Relations for the Peace Center, on her Twitter.
This morning Randy and Andrea were at the WSPA studios and we have a photo from McNamara's Twitter: 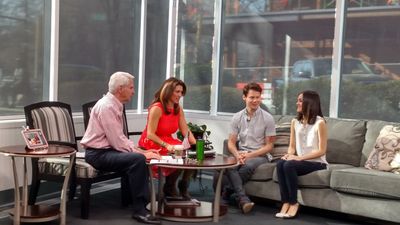 And at noon they were at the WYFF4 studios for another video interview with Geoff Hart. Click on the image below to watch the video.