As you know #RandyHarrison is going to march in the San Francisco Pride Parade along with the cast of #CabaretTour. For the event he dressed with his Emcee's costume and had a photo taken while holding Cabaret's mascot "Randy", wearing a rainbow tie. The photo was posted on the Musical's Instagram. 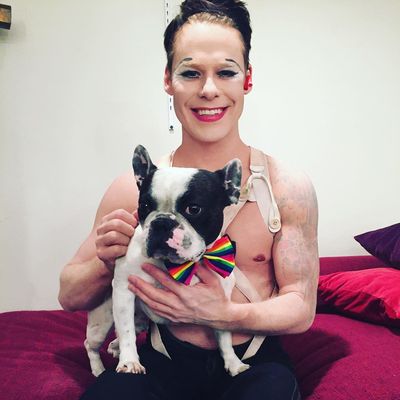